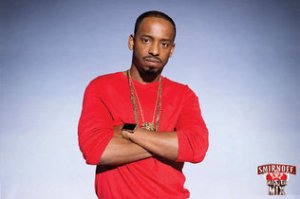 Spinning records on TV: The premise sounds like something out of a dance movie.

On the VH1 reality competition Master of the Mix, 12 disc jockeys compete in various music challenges in front of judges like DJ Kid Capri — and throngs of people ready to dance. The top prize is $250,000 cash and a year-long contract with Smirnoff as brand ambassador.

“You basically do what you normally do in a club, but in three minutes,” the reality star said. “Being on national television, it’s a lot of pressure.”

The contestants perform in actual club venues. Fly Guy said that you cannot keep everyone happy on the dance floor.

“If I have 298 people dancing, there are two that are standing around,” Fly Guy said. “I want to know ‘Why are they not having fun?’ ”

“Generally, a DJ has a back-up song or a back-up list of surefire hit records,” said the native of Guyana.

Fly Guy uses his Caribbean background in his music selection in the clubs and on the show. In one challenge, the competitors had to tell their life story through the music and “speak with their hands.” He played soca-inspired tracks, indicative of Guyanese culture.

At 16 years old, Fly Guy lost his father. A year later, his mother was diagnosed with breast cancer.

He uses the music as his remedy: “I represent my culture all the time. It’s just second nature.”

Fly Guy originally moved from Brooklyn in 2009. He entered the DJ sphere through his two older brothers, also in the same profession, after starting out as a rapper. One brother was also editor-in-chief for The Source magazine, enabling Fly Guy to go to many concerts. He developed an appreciation for music, listening to artists like the Wu-Tang Clan and Jay-Z.

At one point, Alexander even studied journalism at Florida A&M University before dropping out.

He first started playing at Love Hate, a bar on Miami Beach, moving up to do sets at Cameo and Mokai Lounge. Fly Guy is now at Story nightclub on Thursdays and Room Service Lounge on Fridays.

“I was exposed to a lot of people who would come and hang out.”

“He epitomizes what a top DJ career potentially could be,” Fly Guy said. “He kind of sets the bar to where I want to be.”

On the show, Fly Guy has learned that there are no set rules.

“Each of us is so different in technique,” he said. “There is no wrong way to do it, as long as you’re making the crowd move.”